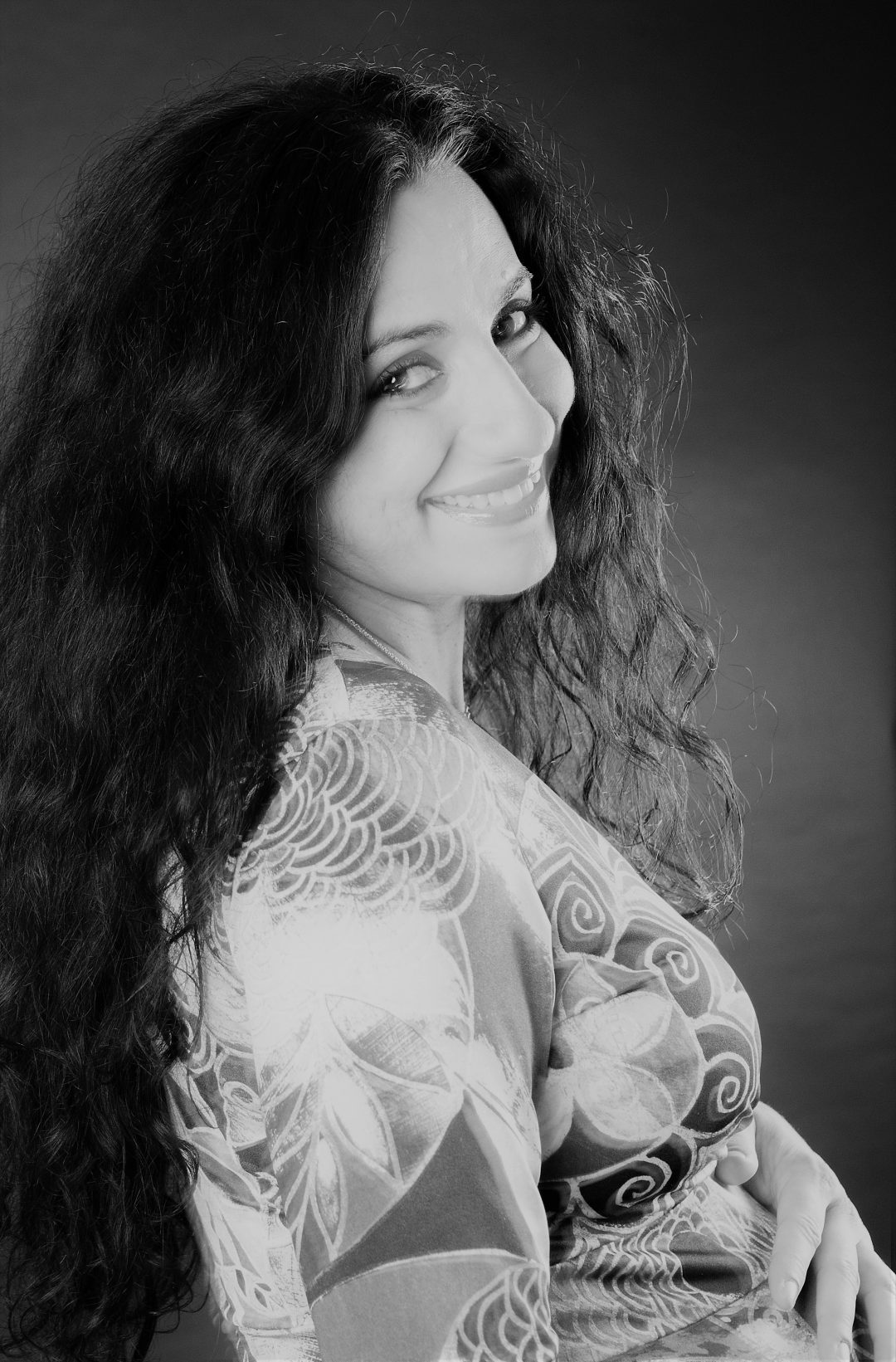 It seems strange to be talking of one’s self. My life is no more than a series of events and achievements. The most important events and experiences do not belong to the secret chambers of my heart, but the way I lived and felt through them does. All the persons with whom I have been able to share the heartaches that life had prepared for me, specially my family, were the greatest of all gifts. Part of what I am is thanks to them and their love they give me unconditionally and generously and that support me and accompany me along the way.

Here I offer you my biography:

I was born in Madrid, and lived for most of my adolescence and youth in the Chamartin neighbourhood. I had a normal infancy, like any other girl, with my games, school, friends… My interest for reading started when I was 13, when my grandfather lent me a book from his library that made me dream and enjoy.

After their retirement, my grandparents moved to small town in Avila, where I spent all my summers, and every night my grandfather read to us, my brother and me the article he would publish the next day in the Avila Daily, where he collaborated as a journalist. I remember that I was very young and sometimes I did not understand all that he told us, but some way his texts invited me to reflection and increased my imagination to create new stories in my head. He also awakened my taste for music, especially classic music. He would give me a present, a sweet, or whatever he thought of if, after listening to a piece, I guessed who composed it, how many string wind or string instruments were playing and how they were being played. What initially seemed to be a boring practice, ended up by becoming passionate. Later, when I won my first narrative competition, when I was just about fourteen, I started to write poems and short stories, as a hobby and secretly.

My brother was the other ‘guilty’ party that my adoration for music developed more extensively. He was the “Wikipedia” of then, a frustrated radio commentator, an enthusiast with special ability and sensitivity for music. He introduced me to the music of the eighties with a wide range of styles. From the most classic pop to the craziest hard metal.

I started to work very young, when I was 18 and combined my studies with work and my other two passions, dancing, and music, for nearly seven years. When I became 25, I had already been working in finances for 5 years. I specialised in Risks, and concluded my studies in 2008 with an MBA that I obtained at the European University in Madrid. It was an intense, tiring, but passionate experience. I got to know enchanting people and professors with whom I still maintain good contact,

During a period of my life, love, work, and health were good to me, until the crisis exploded in Spain and took a toll both in love and in work. Nevertheless, unfavourable situations provide us with an opportunity to learn and awakens our instinct for fighting, giving us courage to get up every day and generate the greatest of ideas. I faced up to the bad times bravely and one night, listening to an eighties song, I appreciated a feeling of nostalgia that provoked me to research about that group in You Tube during the entire night. Some days later I wrote a chapter that now forms part of mi novel: “The Encounter”. Buried in a drawer for three months, one sleepless night I decided that story should continue and, unintentionally, a short time later I had written a trilogy. After a relative had read it and encouraged me to publish it, I worked on the novel for another year, to improve some chapters and to refine my style, and here is the result. I am a beginner in this subject, writing gives me freedom, it takes me to a world where I can let my imagination fly to its whim and fantasy to help me create stories loaded with magic and enchantment. Although perhaps only my close environment reads my novels, I know that I will write until the end of my days, because it is the best way for sharing the feelings my characters arouse and which, one way or another, also coexist in me.

A part of me is perfectionist, methodical and organised. The other is crazy, passionate, creative, and sensitive, and from that risky mixture we have Virginia D. Kher.

Thanks to all for accompanying me in this new and unknown facet of my life. Each one of you contribute with your grain of sand reading the pages of About the colour of the ocean my first published novel.